The Research Center for Educational and Network Studies (RECENS) was founded, by the initiative of Károly Takács, as a research center of the Institute of Sociology and Social Policy at Corvinus University of Budapest in January 2010. However, scientific cooperation between the members of the Center started more than one year earlier when they had designed and conducted a longitudinal network study among high-school students in a small town in Eastern Hungary. The project was carried out by professors, PhD and Master’s students sharing a common interest in social network analysis and the sociological problems in education. All of the founders are former members of prestigious special colleges of the University, namely the Széchenyi István College for Advanced Studies, the Rajk László College for Advanced Studies and the College for Advanced Studies in Social Theory.

The dedication of the researchers is marked by the fact that the Center is already involved in a large variety of scientific and educational activities. Currently, a large-scale, four-year long study is being conducted that will allow us to analyze in detail the dynamics of social networks and communities in several high-school classes in a number of Hungarian towns (the project is funded by the Hungarian Scientific Research Fund, OTKA). The senior researchers and PhD students of the group are leading courses in the field of sociology at Corvinus University of Budapest. Furthermore, they provide extracurricular training for the most outstanding and motivated students interested in social network analysis, who also have the chance to join the work of the Center – first as interns, later as junior researchers. On top of that, the group is entitled to promote Hungarian and international scientific discourse by organizing lectures, workshops and conferences. Lately, we had the opportunity to organize an international workshop and conference on “Negative Ties and Social Networks” with the participation of some highly acknowledged researchers from Europe and overseas, and of mostly European PhD students. Finally, members of the Center are also open to external, market related projects, in which they may apply the approach and techniques of social network analysis (e.g. organization development, network based market research).

One of the major aims of the Research Center is to evolve into an outstanding scientific community of social network analysis in Hungary during the next few years, a community that actively participates in Hungarian and international academic life. We believe that social network analysis is extremely beneficial for the improvement of social sciences, from both substantive and methodological points of view, since it enables researchers to systematically unveil the interdependencies between individual action and social phenomena. Social scientists quite often criticize this approach for being merely a method, a technique that might be spectacular, but which is in itself insufficient to help in better understanding social phenomena. In part supporting and in part opposing these arguments, we hold in high regard the aim to theoretically underpin both our hypotheses and empirical results obtained from social network data in order to improve sociological knowledge.

Research in the Center

Between 2010 and 2014, the Center is conducting a network panel study, which is entitled “Wired into Each Other: Network Dynamics of Adolescents in the Light of Status Competition, School Performance, Exclusion and Integration”, which is funded by the Hungarian Scientific Research Fund (OTKA K81336). In scope of the four-year long survey research, students starting high-school in September 2010 are followed up in seven schools of four Hungarian towns. By collecting detailed information on the dynamics of classroom relationships, perceptions about peers, individual behavioral patterns, attitudes and on the socio-economic background of students, we aim to answer several questions and problems relevant in sociology and education.

The project is organized around, roughly, the following topics: 1) What are the factors and mechanisms behind the emergence of status inequalities in student communities, i.e. the fact that certain students are more able to reach their goals within the class than others? 2) What consequences do negative relations (dislike), verbal and physical aggression have on the functioning of student communities? 3) To what extent and why can we observe performance retention (or social loafing) in certain classrooms, or more generally the phenomenon that attitudes towards learning are influenced by peers? 4) What is the role of romantic relationships in forming adolescent communities? While answering these questions, special attention is devoted to differences between classrooms, schools and training programs of classes. Special emphasis lies on examining the effects of the composition of communities in terms of different attributes. Ethnic integration/segregation and its impact on the above mentioned phenomena are also in the focus of the research.

Although the present study and the preceding one-year pilot focuses on exploring and explaining the dynamics of communities in a high-school context, fellows of the Center apply the approach of social network analysis in several other research areas, such as workplace discrimination or on-line dating. Besides that, we have a chance to participate in a large-scale network research that involves the collaboration of acknowledged European research groups, starting in the beginning of 2010. Through this project we hope to become more integrated members of the European scientific community.

RECENS has informal scientific relationships with several Hungarian sociological research groups, e.g. Hunnet – the Social Network Analysis Division of the Hungarian Sociological Association (MSZT), Center for Network Science at the Central European University, Budapest University of Technology and Economics (BME), the Faculty of Social Sciences at Eötvös Loránd University (ELTE). However, we consider extremely important to maintain regular contact with outstanding foreign research groups in the field of social network analysis as well, in order to exchange fresh ideas and to disseminate our results in an international scientific community. We currently have informal relations with the Universities of Groningen, Oxford and Paris-Dauphine. Furthermore, two members of the Center are PhD students abroad, at Columbia University (New York) and at the University of Oxford.

First, connections with foreign research groups were mainly based on scientific advice exchange, but after the official founding of the Research Center, closer cooperation has started to evolve. Between November and December 2011, André Grow, PhD student at the University of Groningen joins the work at the Center as a visiting scholar – during his stay joint lectures and publications are prepared with members of RECENS. In the beginning of 2012, the Center informally joins the European collaborative research project titled “Social Influence in Dynamic Networks”, which is funded by the European Science Foundation (ESF). As a result of the cooperation, we hope to build closer scientific relationships with several recognized social networks research groups from Europe in the upcoming years (the participating locations are Oxford, Groningen, Paris, Ljubljana, Lugano, Constance, Barcelona, Turku, Örebro), generating joint conference papers and publications in top journals. Besides that in April 2012, the Center organizes a conference entitled “Negative Ties and Social Networks” in Budapest, to which we expect recognized senior researchers and PhD students from across Europe and the US. We hope that our activities on the international scientific scene will be beneficial for the Hungarian community of social network researchers both in the short and long runs. 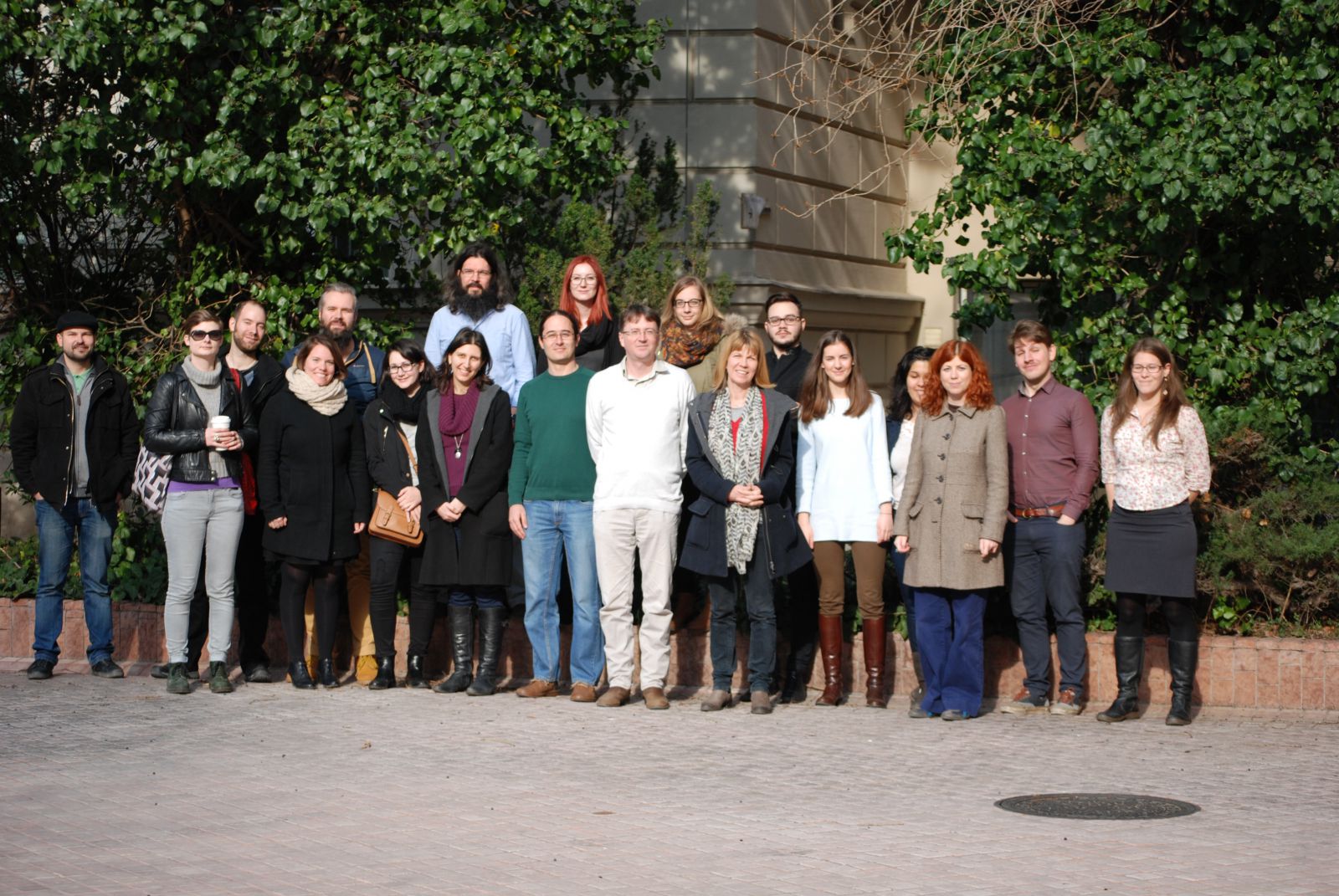