The paper of Szabolcs Számadó has been published on Biological Reviews 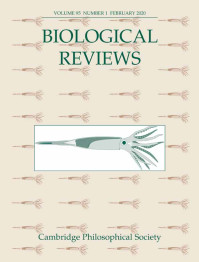 The paper "The Handicap Principle: how an erroneous hypothesis became a scientific principle" of Dustin J. Penn and Szabolcs Számadó has been published on Biological Reviews.

The most widely cited explanation for the evolution of reliable signals is Zahavi's so‐called Handicap Principle, which proposes that signals are honest because they are costly to produce. Here we provide a critical review of the Handicap Principle and its theoretical development. We explain why this idea is erroneous, and how it nevertheless became widely accepted as the leading explanation for honest signalling. In 1975, Zahavi proposed that elaborate secondary sexual characters impose ‘handicaps’ on male survival, not due to inadvertent signalling trade‐offs, but as a mechanism that functions to demonstrate males' genetic quality to potential mates. His handicap hypothesis received many criticisms, and in response, Zahavi clarified his hypothesis and explained that it assumes that signals are wasteful as well as costly, and that they evolve because wastefulness enforces honesty. He proposed that signals evolve under ‘signal selection’, a non‐Darwinian type of selection that favours waste rather than efficiency. He maintained that the handicap hypothesis provides a general principle to explain the evolution of all types of signalling systems, i.e. the Handicap Principle. In 1977, Zahavi proposed a second hypothesis for honest signalling, which received many different labels and interpretations, although it was assumed to be another example of handicap signalling. In 1990, Grafen published models that he claimed vindicated Zahavi's Handicap Principle. His conclusions were widely accepted and the Handicap Principle subsequently became the dominant paradigm for explaining the evolution of honest signalling in the biological and social sciences. Researchers have subsequently focused on testing predications of the Handicap Principle, such as measuring the absolute costs of honest signals (and using energetic and other proximate costs as proxies for fitness), but very few have attempted to test Grafen's models. We show that Grafen's models do not support the handicap hypothesis, although they do support Zahavi's second hypothesis, which proposes that males adjust their investment into the expression of their sexual signals according to their condition and ability to bear the costs (and risks to their survival). Rather than being wasteful over‐investments, honest signals evolve in this scenario because selection favours efficient and optimal investment into signal expression and minimizes signalling costs. This idea is very different from the handicap hypothesis, but it has been widely misinterpreted and equated to the Handicap Principle. Theoretical studies have since shown that signalling costs paid at the equilibrium are neither sufficient nor necessary to maintain signal honesty, and that honesty can evolve through differential benefits, as well as differential costs. There have been increasing criticisms of the Handicap Principle, but they have focused on the limitations of Grafen's model and overlooked the fact that it is not a handicap model. This model is better understood within a Darwinian framework of adaptive signalling trade‐offs, without the added burden and confusing logic of the Handicap Principle. There is no theoretical or empirical support for the Handicap Principle and the time is long overdue to usher this idea into an ‘honorable retirement’.