The article of Ákos Bocskor has been published in Intersections 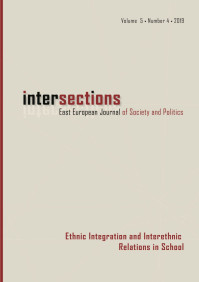 The article „Gender differences in popularity discourses: Results from an ethnically diverse Hungarian primary school sample " by Ákos Bocskor has been published in Intersections.

Status among peers, popularity in particular, is one of the central concerns for adolescents. While popularity dynamics have been extensively researched in ‘Western’ contexts, less is known about other geographical areas. The present paper is written to address this gap by investigating the gendered patterns of popularity discourses among sixth-grade students (age 12–14) in Central and Northern Hungarian primary schools. The research involved conducting focus-group interviews with 144 pupils in ten school classes with a large proportion of ethnic Roma and socially disadvantaged students. The analysis draws on a critical, primarily Foucauldian, understanding of discourse and power relations. Most of our findings are in line with the ‘Western’ literature. Popularity discourses of boys were related to traditional ‘masculine’ traits such as sports, physical strength, and dominance, while girls’ discourses were centred on physical appearance, verbal aggression, ‘arrogance’, and kindness. However, while for boys ‘sensitivity’, a lack of physical strength, and the inability to ‘protect oneself’ were considered ‘unmanly’, no similar discourses of ‘unfemininity’ emerged. In the case of girls, primarily ‘liking boys too much’ was disapproved, while aggression, ‘bad behaviour’, and academic disengagement were not. The paper also briefly covers the intersections of gender and Roma ethnicity.